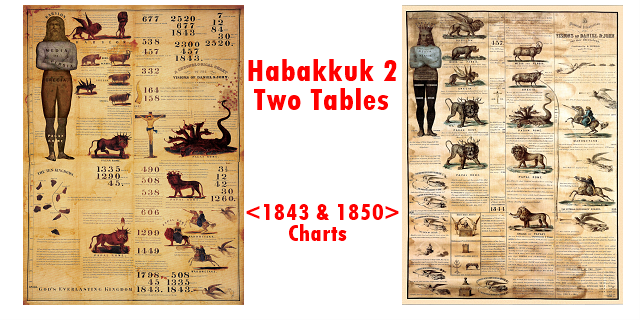 This is a part 2 continuation of Habakkuk two tables and as was pointed out before, this study entails the beginning of the foundation and pillars of Seventh-Day Adventist. If you have not read part one as yet, then we encourage you to read it here: Habakkuk Two Tables part 2 – The 1843 and 1850 Charts – Part 1 and then come back here to continue. 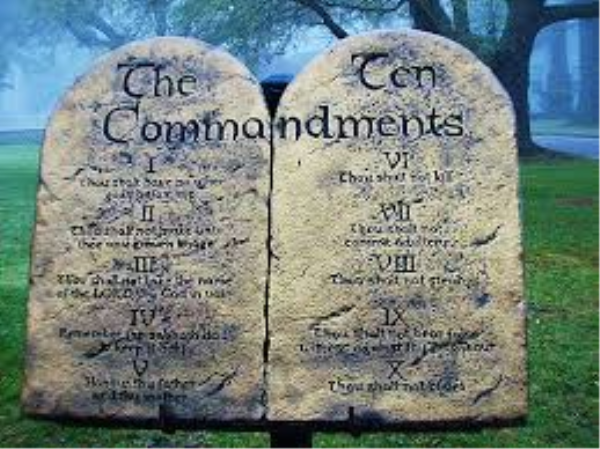 Looking at the end

(Habakkuk 2:1-3) Says “ 1  I will stand upon my watch, and set me upon the tower, and will watch to see what he will say unto me, and what I shall answer when I am reproved. 2  And the LORD answered me, and said, Write the vision, and make it plain upon tables, that he may run that readeth it. 3  For the vision is yet for an appointed time, but at the end it shall speak, and not lie: though it tarry, wait for it; because it will surely come, it will not tarry.”

What can be gain from these verses?
Answer: Writing, Plain upon Tables

(Early Writings, page 74, par.1) says “I have seen that the 1843 chart was directed by the hand of the Lord, and that it should not be altered; that the figures were as He wanted them; that His hand was over and hid a mistake in some of the figures, so that none could see it, until His hand was removed.” {EW 74.1}

( Manuscripts Releases volume 13, page 359, par.1) says “I saw that God was in the publishment of the chart by Brother Nichols. I saw that there was a prophecy of this chart in the Bible, and if this chart is designed for God’s people, if it [is] sufficient for one it is for another, and if one needed a new chart painted on a larger scale, all need it just as much.” {13MR 359.1}

(Manuscripts Releases volume 15, page 210 par.4) says “Monday we returned to Dorchester where our dear Brother Nichols and family live. There in the night God gave me a very interesting vision, the most of which you will see in the paper. God shewed me the necessity of getting out a chart. I saw it was needed and that the truth made plain upon tables would effect much and would cause souls to come to the knowledge of the truth.”  {15MR 210.4}

We can clearly see that as the Finger of God Written on the Two Tables of stones, so has His hands directed the Writings on the 1843 and the 1850 charts.

We have reached the conclusion of this study and we hope that you can now testify to the truths that you have seen in Scriptures that God truly declares the end from the beginning and He demonstrates this by Giving two tables with commandments at Sanai and giving two tables with one having the sanctuary and the third angel’s message in the history of the Millerites.

Look out for the 3rd part of this study.